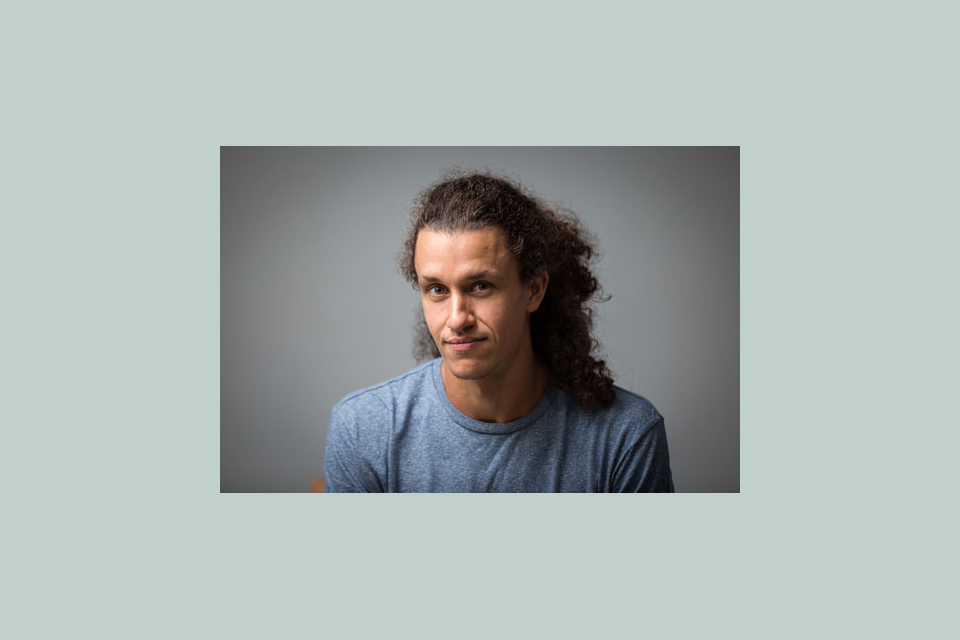 You have just joined the Batsheva Dance Company, how does it feel?

It feels good! I have been really well received and taken care of. The group of colleagues are really nice people, we share the same passion to move and to be physical and I’m happy to explore the Gaga technique with my body again.

Batsheva is creating six performances called Batsheva Creates for the dancers to show their own choreographic work. I am really excited about it and appreciate the opportunity they give us, but I can’t lie:  I have only been in Tel Aviv for three and a half weeks and it has been very overwhelming adapting to the city, working with Batsheva, creating my own choreographic work, being part of other colleagues creations plus being part of the production team that is making the evening of Batsheva Creates happen. But hey, I can’t complain, it’s a great opportunity and it does feel good!

On the 11th of September, I had my first performance in Jerusalem with the most recent creation by Ohad Naharin, Venezuela and it went really well. It was a very good feeling to be on stage with the support of all my new colleagues! Friday and Saturday the 15th and 16th of September, we performed in the Opera of Tel Aviv. Luckily I had some singing skills from working in Carte Blanche that helped me in this performance.

Which choreographers will you be working with?

I will be working with Ohad Naharin and a Portuguese choreographer named Marlene Freitas. For Ohad I will be preforming in some of his previous pieces: Venezuela, Last Work and Hora. Marlene will create a new piece for the company. The funny part is that not only is Marlene Portuguese (as me), but also, while I worked in Carte Blanche there was a possibility of her choreographing for the company, but that did unfortunately not come through. It’s funny for me to suddenly be in Batsheva Dance Company, in Israel, and get to have that experience – who would have guessed?!

In what way will this have an impact on you artistically?

This is a hard question. My entire journey until now has influenced me a lot in sometimes unexpected ways. I’m quite sure the physical research of the Gaga technique will give me more tools and ideas that I will be curious to discover and develop, and it is already happening. I’m also curious about how the pieces that I will be working on, and the dance scene in Israel, will inspire me in my own creative work.

What will the coming year bring?

We will be touring to Japan, Poland, Belgium, Switzerland and different cities in Israel until the end of 2017. I’m quite excited to go to Japan since it’s a destination on my travel bucket list. In 2018 we will continue to tour Israel and also Europe but the only specific city that I know at this point is Barcelona. I lived in Barcelona for two years and it will be great to visit the city again. I’m crossing my fingers for Oslo to be another of the European destinations! After living four years in Norway, it’s interesting to be living in a Mediterranean country again. Tel Aviv reminds me of my hometown, Lisboa, where it is easy to get to know people. I’m a bit curious about the different artistic exchanges that might happen. It’s also funny that I can show my t-shirts again that for a while always were under a sweatshirt or a jacket.

Can you say something about your background and how you ended up in Norway?

I started dancing when I was 11 years old. It was a hip hop dance performance that got me into dance and that’s how I started moving to music. When I was 14 years old, with the help of my mother, I changed school and started my dance studies in the Academy of Contemporary Dance of Setúbal. When I finished school in 2006, I started working with lots of different companies and choreographers like: Compagnie Alias with the artistic director Guilherme Botelho, Kompany Malakhi, Gagik Ismailin, Amanda Miller, André Mesquita and Almada Dance Company.

Life as a dancer wasn’t easy while living in Portugal, so after a while I decided to go back to studying. After a year with Graphic Design studies I understood how much I missed and needed dance in my life. Luckily, after this realisation, I got accepted to join the piece Kamuyot by Ohad Naharin. The project was organized by the Batsheva Dance Company in collaboration with the Swedish Riksteatern. This was an amazing experience and an inspiring project that gave me strength to continue to dance.

Three of my colleagues in the Kamuyot project were the Norwegian dancers Marta-Luiza Jankowska, Martine Sofie Bergh and Jon Ole Olstad. They told me about Oslo Dance Ensemble and that they were having an audition, and that there was a hip hop choreographer involved. I got accepted and ended up working with Fredrik “Benke” Rydman and Jo Strømgren.

While searching for work before the acceptance of Oslo Danse Ensemble I worked with the choreographer, Itamar Serussi, and the Swedish streetdance company, Bounce. While working with Bounce I met another Norwegian dancer that, like me, was really into hip hop dance. This dancer was Jens Trinidad, with whom I still work with to this day.

After working with Oslo Dance Ensemble, I got an invitation to work with Christopher Arouni before moving to Barcelona to join the dance company IT Dansa with the artistic director Catherine Allard for two years. In Barcelona I got to work repertoire of  the choreographers Ohad Naharin (Minus 16 and Kamuyot), Jirí Kylián (Sechs tänze), Rafael Bonachela (Naked thoughts), Sidi Larbi Cherkaoui (In Memoriam), Alexander Ekman (WHIM Fractured Fairytale) and Catherine Allard (Petruixka).

I was amazed by the trailers of the works of Carte Blanche and their tours all over the world and I decided to go to their audition. I joined the company when Bruno Heynderickx was the artistic director. I worked with him for one year and two years with Hooman Sharifi, as the artistic director. During these three years in the company, I had the opportunity to work with Hooman Sharifi (Shadows Remain Silent), Sharon Eyal (Corps de Walk), Crystal Pite (Ten Duets on a Them of Rescue), Sang Jijia (Not Here Not Ever), Ina Christel Johannessen (A Collection of Short Stories), Marcos Morau (Edvard), Siri Jøntvedt and Snelle Hall (Notes on Cracking), Lina Majdalanie (A Drop of Sweat), Mia Habib (Gjallarhorn) and Marcelo Evelin (The Who of Things).

After three years in Carte Blanche I decided to move to Oslo and work as a freelance dancer, starting with the project of Oslo Danse Ensemble and the creations of Ole Martin Meland and Subjazz (Karl-Erik Nedregaard and Knut Arild Flatner). After this I worked with the Norwegian National Ballet in a creation of the choreographer Hege Haagenrud and a project in Barcelona with the choreographer Ariadna Montfort. During this time, as freelance dancer, I got much more involved with the hip hop community in Oslo and developed a lot of work with Jens Trinidad. Together we created the piece Flux that premiered in Dansens Hus at the Urban Moves Festival 2016. I joined Cre8 Dance Crew and taught classes at Oslo National Academy of the Arts, Subsdans, Circle and Flow.

When I was offered the position in Batsheva Dance Company I had to leave an exciting project with Panta Rei Danseteater named Make Me Dance,  in which I was dancing together with Jens Trinidad.

Now I’m in Israel, living in Tel Aviv, working in Batsheva and meeting my Norwegian friend Marta-Luiza Jankowska that is also living in this city and working with Inbal Pinto and Avshalow Pollak Dance Company.

It has been a crazy ride but Norway became a very special place where I lived continuously for four years and where I made many good friends! As I like to say, and life has showed me: 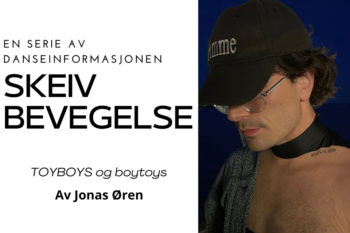 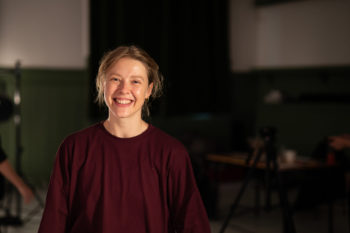 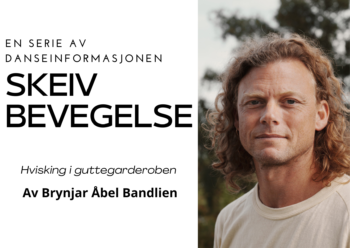 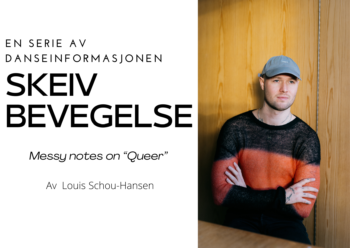